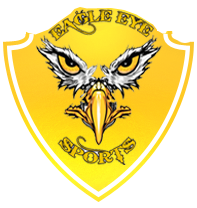 The Desire Athletes Have To Win Resembles, The Fight & Determination Eagles Had To Live:

Why Use A Bald Eagle To Represent A Sports Organization? –

Before European settlers first sailed to America’s shores, bald eagles may have numbered half a million. They existed along the Atlantic from Labrador to the tip of south Florida, and along the Pacific from Baja California to Alaska. They inhabited every large river and concentration of lakes within North America. They nested in forty-five of the lower forty-eight states; one researcher estimated an eagle nest for every mile of shore along Chesapeake Bay. They congregated on the lower Hudson, and were extremely abundant along the coast of Maine.

There is no single cause for the decline in the bald eagle population. When Europeans first arrived on this continent, bald eagles were fairly common. As the human population grew, the eagle population declined because food supplies decreased. People hunted and fished over a broad area; essentially, eagles and humans competed for the same food, and humans, with weapons at their disposal, had the advantage. As the human population expanded westward, the natural habitat of the eagles was destroyed, leaving them fewer places to nest and hunt, which caused the population of bald eagles to decline sharply by the late 1800s.

By the 1930s, people became aware of the diminishing bald eagle population; subsequently, in 1940 The Bald Eagle Act was passed, which reduced the harassment by humans, and made it possible for eagle populations to begin to recover. However, at the same time, DDT and other pesticides began to be widely used; pesticides sprayed on plants were eaten by small animals, which were later consumed by birds of prey. The DDT poison harmed both the adult birds and the eggs that they laid. The egg shells became too thin to with stand the incubation period, and were often crushed. Eggs that were not crushed during incubation often did not hatch, due to high levels of DDT and its derivatives. Large quantities of DDT were discovered in the fatty tissues and gonads of dead bald eagles, which may have caused them to become infertile.

More than 100,000 bald eagles were killed in Alaska from 1917 to 1953. Alaskan salmon fisherman feared they were a threat to the salmon population.

Public awareness increased, and many states placed the bald eagle on their lists of endangered species in the 1960s and early 1970s. Many dedicated individuals and groups worked to make the conservation of eagles a national issue.

Bald eagles were officially declared an endangered species in 1967 in all areas of the United States south of the 40th parallel, under a law that preceded the Endangered Species Act of 1973. The Endangered Species Act was signed into law in 1973 by President Richard Nixon. This landmark legislation is regarded as one of the most comprehensive and important wildlife conservation laws in the world. Federal and state government agencies, along with private organizations, successfully sought to alert the public about the eagle’s plight and to protect its habitat. On July 4, 1976, the US Fish and Wildlife Service officially listed the bald eagle as a national endangered species.

Until 1995, the bald eagle had been listed as endangered under the Endangered Species Act in 43 of the 48 lower states, and listed as threatened in Wisconsin, Minnesota, Michigan, Washington and Oregon. In July of 1995, the US Fish and Wildlife Service upgraded the status of bald eagles in the lower 48 states to threatened.

Only a handful of species have fought their way back from the United States’ endangered species list; the California gray whale, the American alligator, and the bald eagle are a few. Once endangered in all of the lower 48 states, the bald eagle’s status was upgraded to “threatened” in 1995, two decades after the banning of DDT and the passing of laws to protect both eagles and their nesting trees.

About half of North America’s bald eagles live in Alaska; British Columbia and the US northwest coast is also a great stronghold. They flourish in these areas in part because of salmon (dead or dying fish are an important food source for all bald eagles). Credits: http://www.baldeagleinfo.com/credits.html